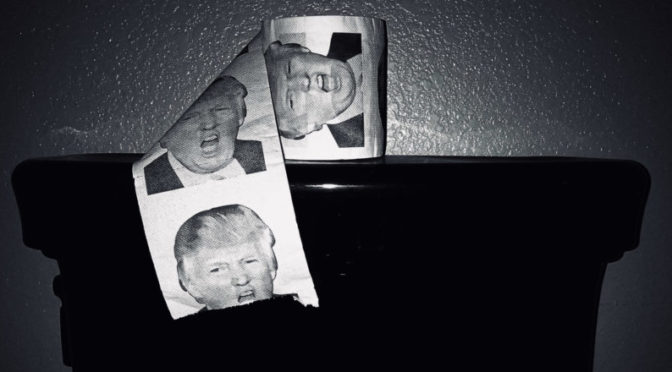 The second I alighted the shuttle train from Pearson to Union, I had already committed my first offense. Exiting the car I bumped my shoulder against a man with the force of a clenched fist, so close he stood near the door, so close to the tracks. His chest upholstered a baby carrier holding a teary-faced, wah-wahhing baby I glimpsed as suddenly as the impact itself. I ejaculated a terse “sorry,” dashed my eyes just as abruptly in instant humiliation, and traipsed down the corridor toward the Great Hall, the tiny wheels of my effeminate suitcase skating along the mirror shine linoleum.

A few idle taxis were planted along the curb as I stepped outside. I leaned against a column, withdrew one of the few remaining Lucky Strikes I had, lit up. Fourteen hours it had been, fourteen hours of check-in, security, flights, connections. I had barely slept a wink all throughout the journey; I was replete with exhaustion, could hardly appreciate the hustle and bustle and high-rises surrounding me. After such length and restlessness I had forgotten how good it felt smoking: each inhalation of smoke swirled down and up my throat with its flavor of roasted cherries and oak.

I stubbed the cig on the pavement and exhaled a thick pungent cloud of second-hand smoke wafting into the entrance from which children emerged. I hailed one of the orange cabs and hopped in the rear with my suitcase sitting next to me. I handed my guy the written address from my breast pocket, snuggled my head between the window and headrest, and closed my eyes as we crawled into the sunset-glowed street.

The smooth glide of the vehicle, the paternal silence of the driver, the comfort of the nylon, insulated from the severe sounds and light outside: all this must’ve eased my static body to rest; for when we slowly drew to a halt I was nearly startled awake by the man’s husky call of arrival.

I slipped a wad amounting to fifty dollars through the slot of the glass partition.

“Keep the change,” I said, rising out of the car. As he left it dawned on me that I hadn’t even thanked him for the ride.

Did I not tip him enough too?

I am the asshole in this situation.

The residence was one of those three-storied bay-and-gable houses so ubiquitous in the city. I was to occupy the entire second floor with my roommate Lem who was due to arrive later this week. Back in Bergen when I was pad-hunting online I stumbled across a pictured ad showing a weathered brick façade of what seemed like a half-Victorian, half-gothic home. Further pictures revealed two large spacious rooms with laminate flooring and beige walls, a furnished kitchenette, and a smaller room on the opposite end with muted turquoise walls and the bay window, the room which I volunteered to be mine.

As I rang for the landlord to collect me piss was already building up in my body. I hadn’t realized how much coffee and mineral water I drank. One minute became two, then three, four. I rang again, then heard shuffling inside.

Finally she opened the door. She recognized my face from the time we Skyped and I was given a virtual tour of the apartment. Her english was poor but sufficient in negotiating the lease and housing terms. I was handed two keys—one for the main door, one for my room—and was immediately left to my own devices. As I climbed the stairs the physical urge to pee became too overwhelming, with each step generating an ounce of urine in my bladder. I dropped the suitcase on the landing, booked it to the bathroom next to the kitchen, switched on the lights, left the door slightly ajar, oh, how I had to go, I struggled working off my belt, then, oh, I had started peeing in my pants, shit, it came in spurts. At last I whipped out my thing and aimed the release in the toilet, piss splashed on the floor as I did so, a pubic hair was stuck on the head of my penis, it cleft the stream of my pissing such that a new one pissed elsewhere, it was hitting the tub! Removing the hair piss hit my hand, my trajectory directed at the floor below the sink, and only little was saved for the toilet as my pee-pee dwindled to a drip like a faulty tap.

I flushed, washed my hands. My grey trousers were completely soaked, the entire washroom reeking of my own urine. I had forgotten to pack towels. No paper towels, no toilet paper, nothing except the near empty soap bottle sitting on the sink. I was dog tired and still hungover and ready to pass out.

Thus was the scene set for my entrance in Toronto.

To die, to sleep, to sleep…. To sleep, or to die, to die—perchance to have lived? It was too much for Shakespeare to reconcile. Instead, he invented Hamlet, whose mellifluence honeys the plangent drivel for our ears. Could the artifice of language compensate the poverty of our thinking, transcending it to new heights? Indeed, if we were to unpack his soliloquy it would at best err in the sleep/death fallacy: death as sleep in perpetuity, darkness which gradually drifts toward the subconscious, then all at once. But shouldn’t a subconscious necessitate the medium of a being? To be or not to be…The two are not the same. For even the thinking, the breathing, the living has the cognition to penetrate the jet black darkness of our sleep. Nay, death forsakes everything, cancels all solutions and contradictions; it severs us from ever seeing this deep, infinite black as we dream to the morning after. But when our bodies and minds expire, it won’t be the sleep that’ll leave us first.

Death begins with the failure of language… 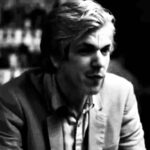 Memoirist at The Thinq | + posts

"I write about my life and suffer."