I’m back from vacation, and not a moment too soon. What’s the matter now? Make it quick, because my computer’s going to crash in twenty minutes, and I’ll be on the phone with IT for the rest of the day.

My ex-boyfriend texted me from the January 6th insurrection and told me he still has feelings for me. I didn’t know what to say, so I didn’t respond. But he just texted me again and said he is still in love with me and wants to see me, but I’d have to go to his place because his ankle monitor doesn’t go as far as my neighborhood. What should I do?

Girlfriend, let me tell you. What? I don’t even understand what you just said. Your ex-boyfriend texted you? How? You should have blocked his sorry ass on your cell phone three seconds BEFORE he had an “ex” in front of his name. And he texted you from the insurrection? Are you kidding me, or is your brain impaired from all the hormones in the milk your generation was weaned on? That shows a total lack of commitment on your loser ex-potential baby daddy’s part. Either you are at the insurrection trying to overthrow the government represented by the flag on your “Don’t Tread On Me” T-shirt, or you are trying to hook up with the chick you screwed over and dumped. You can’t do both with the proper focus, so he is a hard pass. I sense you are trying to approach this through some spiritually enlightened lens (probably taught to you by your hippie grandma who still has LSD flashbacks from her community college days). I’m sure you probably want to namaste and try to make it work with this semi-erect, knuckle dragging moron, but I’m telling you girlfriend, you gotta namasGO.

So to SparkNotes it for you, so it will be just like all three of your senior years in high school, DO NOT TEXT HIM BACK. DO NOT TEXT HIS PAROLE OFFICER BACK. If you are actually entertaining the idea of responding to this bipedal detritus then you need to Thinq again. Because if he’s the one who got away, you are already so FUBARed you deserve to die old and alone.

Peace, and thanks for asking!

I work for a large corporation; make good money; have great benefits, a 401k match, and an ergonomic massaging desk chair; but I’m emotionally unfulfilled by the work and disappointed that I’m not using my bachelor’s degree in comparative French poetry to make this world a better place. I’m thinking of quitting and being a stay-at-home dad to our 3-year-old child and 2-year-old pedigreed Labradoodle (we don’t impose gender stereotypes on either) while I pursue my philosophy degree online. Alas, I’m undecided. What would you do?

Girlfriend, let me tell you. What would I do? I’d suck up to my immediate supervisor to make sure that when the next shot at upward mobility came knocking on the door of my life that I beat out that bitch Kathi for the promotion (yes, I already know from your question that you work with someone who spells Kathy with an “i”). I hope my frank desire for self-sufficiency didn’t shatter your radically woke consciousness.

Being emotionally unfulfilled at work just means that you are at work. That’s why it’s called work and not play. A lot of people do it without good pay and a vibrating chair that is potentially touching you inappropriately from 9 to 5. And spoiler alert: busking for change tossed into an old Solo cup on the street while you play your out-of-tune ukulele that your uncle got you as a gag birthday present when you were 10 is also an emotionally unfulfilling job (but with no 401k match), and is likely the only other career you are suited for.

Your Swedish language-immersed Montessori-bound child doesn’t need you lurking around all day trying to figure out what the hell Spinoza was trying to say. He needs daddy bringing home the bacon and planning for a healthy retirement so he can comfortably live in your basement until he’s 40. As for the pooch, anything with “doodle” in its heritage is already smarter than you are and just needs some alone time.

As for making the world a better place, you should have started by getting a real college degree. Comparative French poetry? I’m going to need to see some documentation to determine if that’s actually an area of study, but I can tell you now that neither the French nor poets have ever made anything better. You want to change the world? Stop getting a latte every morning on the way to the job you’re clearly underqualified to perform. Or at the very least, take a good look at the bags under your barista’s eyes before you speed off and remember that she closed up last night and was back at 4:30 this morning to open. She’s not complaining about her job, so why are you?

Would this be easier for you to hear if I crafted you a bespoke haiku in French so you could, for the first and last time ever, use your made-up college degree?

In summary: suck it up, Buttercup. You’re a pussy, and everyone is tired of your performative whining. Go back to searching Facebook when your boss isn’t looking and pretending that you’re an adult with real issues, like your parents actually were (and, thanks to you, still are).

Peace, and thanks for asking! 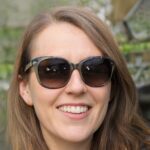 Babbi is a Boomer with strong points of view. Her children never listened to her advice, and look where they are! They’re not writing advice columns, that’s for sure.