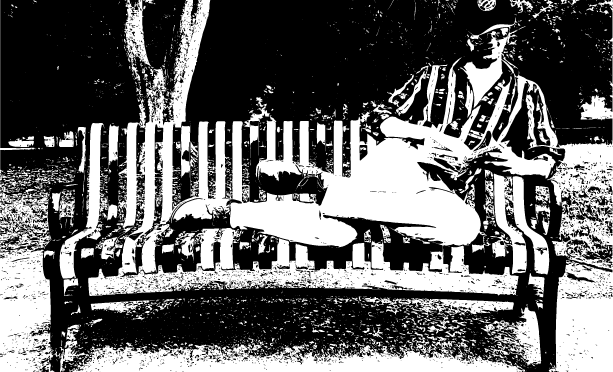 America, that’s a word I hear a lot. More than once in a blue moon, all lugubrious and maudlin and such, I’d eye to my side in the brilliance of my catatonic laze and wish that my time could be spent in the company of better whiskey, one that doesn’t deaden me the morning after, but hey, I’m a bum and the magazine’s been ignoring my submissions lately; can’t reward myself a finer pleasure than the basest of them all, the Jack. And then I’d look outside my insalubrious joke of an apartment and see America. America. That’s a word I hear a lot, and wonder: What does it mean? Where’s it going? Where’s it come from? Why’s it reminding me of a urinal cake my piss splashes on arrival? These thoughts and some change swirled in my head as I found myself on the train headed Sacramento-ward. And then I heard God between my ears, his voice grave and godlike in that god-like sort of way that could only be accompanied by the dulcet tones of a sombre jazz trio, and he saideth first, “Why are you going to Sacramento?”

Why heaven…? I replied in a voice that lingered in self-prayer…

“Good point,” he said, and vanished like a whore in the night. That bastard, too omniscient for his own good…

Above hung the dim-starred sky, and approaching closer from beyond stood erect skyscrapers bespangled like a forest of glowing penises, brightly lit still from the distance, a luminous shrine against the monochromatic darkness of the night. Now, as I always felt I had been all my life, I was destined for the urban center.

I took the train after trying in vain to sneak my Words on the plane, so I stayed in my lane, the carpool lane that is, with Words riding steady on the lap of a blowup sex doll I invited to keep my encounters with the California Highway Patrol to an absolute minimum between airport and Amtrak station. I call my Underwood Words because that’s what it does. Time was when I flew full-smoke just to be voluntarily held captive underneath a bookshop in Dumbfuck-Nowheresville, Eastern Europe, and the bootlickers in customs wouldn’t let me bring my Words, they must’ve thought it was a bomb or something. They were only half-right: this machine is a weapon of mass destruction with high explosive potential. If Words could down an airliner, I’d be 9/11. Words are what we’ve got, but some words are inherently more sublime when the right man uses them. I don’t know if I’m that man yet, but I probably am.

But these people do, and that’s why they asked me to write the forward for Thiinq.  And what an honor to unfurl a constellation of words in honor of these words. What do they say? Why are they important? Why should we read them? I haven’t read them, so I couldn’t tell you.

But this I do know: we’re running out of words. Nowadays any trio of 20-something losers with corduroy blazers and no hard drug experiences can get on the internet and claim a penchant for words they don’t understand, don’t know how to use. I get it, I don’t understand half the words I use myself. But at least I have a half a handle of Jack, a pocket of cigarette butts I picked off the ground and no money to prove that I’m the real writer, that my words are real, and that’s what gives me the right to call these words true. They’re true in the way your childhood memories are true, true like the price of gas, true like that hard-boiled thing that drops in your gut when you know you’ve really fucked up and there’s no getting out.

And true words, those are the most dangerous words there are. Be careful kids, better to learn yourself into an automated stupor than to let your soul combust under the hydraulic press of truth in words like these. Because these men aren’t just any men: they’re 20-something losers who’ve seen the world for what it is. It’s a McDonalds drive-through at 3 in the morning with a broken milkshake machine. It’s an Amazon drone’s piss tin mistaken for a cup of 7 Up in a hot Californian summer. It’s an Applebee’s in the middle of a global pandemic where Grandpa’s hankering for a Riblets Platter becomes a life-or-death proposition. I’ve lived these things, seen these things, ordered that platter. So take it from me: the truth that’s out there is in here. Love it or leave it, America. 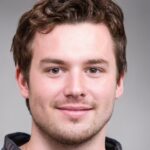 Clay O’Harry hasn’t written a word for anyone but himself in over seven years. But he assures us his contributions are forthcoming.