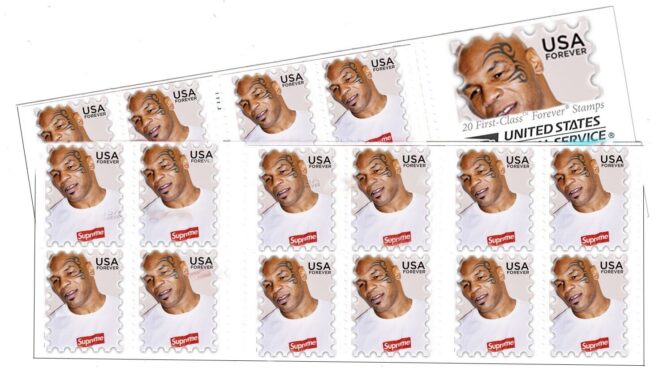 It’s a cultural phenomenon unseen since the iPhone lines of the late 2000s.

Roughly 200 people line the sidewalk on a brisk winter morning on Manhattan’s Lower East Side. Some, packing away camping gear, have been here since 6 the previous evening. Only minutes past 8 a.m. now, hundreds more are expected to join the queue by the end of the hour.

But outside an Apple store this is not. In a matter of months, scenes like this have become the new normal outside the United States Postal Service’s flagship New York Boutique every second Thursday, as streetwear fans eagerly await the latest fresh merch drop. And no, we’re not talking about stamps.

Usually a simple box logo T-shirt is in the mix. Hoodies, beanies, and even sneakers fill the tastefully sparse shelves as well, each bearing a different USPS logo or mail-related theme. On occasion, a fringe novelty item is on offer. This week, a USPS-branded Polaroid instant film camera has drawn a particularly strong crowd.

As the first customers are waved in, a drizzle begins to spatter the assemblage of New York’s 20-something in-crowd, dressed in this week’s hottest micro-trends and $1,400 down coats. But the crowd remains undeterred. Neither snow nor rain nor heat nor gloom of night stays these tastemakers from the swift copping of the freshest styles.

Among them, Ethel Klein, 78, a lifelong Manhattan resident, waits patiently to drop off a package. But she’s out of luck: that USPS is but a vestige of the recent past. 2020, to be exact.

Mere months ago, the USPS was a humming hub of letter sorting. Today, there’s not a stamp, P.O. box, Grumman LLV, or prepaid package in sight. Yet the quintessentially American institution has never been more successful.

The nation’s lifeblood in the not-too-distant past of 2019, keeping loved ones connected and businesses running, the USPS had seen its once-steady flow of first-class letters slow to a trickle. The Trump administration knew something drastic needed to be done.

A lifelong businessman, DeJoy got to work righting the ship, saving money by trimming away excess costs like premium Bic pens with hand grips, Saturday delivery, and all mail carriers.

“Quite frankly, the plan was to have closed down the entire institution months ago—if anything we’re behind,” DeJoy, fresh off an interview with Highsnobiety, told me with a laugh at the USPS Manhattan Boutique. “But in the course of securing our elections, I hit on a new direction for the company.”

Indeed, a funny thing happens when liberal America clamors to save the very institution you’re trying to gut from the inside out with a precision that would make Alien Outfitters blush. They buy stamps. They buy the Halloween costumes from your online store that make dogs look like mail carriers, too. But mainly, they buy shirts—so many that your entire store sells out.

The shirts feature designs so earnest that they appear to be ironic, unofficial merch made by trust fund kids in Silver Lake—long-sleeve logo shirts with the site’s complete URL typed out on the sleeve, “https://www.usps.com/”, or just a picture of the brand’s iconic mail truck. Many of these shirts had been collecting dust in the back of a warehouse for years, prices slashed four or five times, down to $5 in some instances. But soon enough those very trust fund kids in Silver Lake with a newfound interest in civic duty found a way to support the USPS that didn’t involve buying $11 pages of stickers. The entire store, toiling in obscurity long before the 2020 election cycle, sold out in a matter of days last September.

Suddenly, the business DeJoy was trying to run dry turned an honest-to-God profit, the kind made from selling a physical product like a real business—not some altruistic bullshit like shuffling letters back and forth at near cost.

“The initial run on the store you could chock up to the election hysteria,” said DeJoy. “But it really started to take off when we pared our web development down to just one server and Steven last November,” he added, gesturing to a middle aged man in a short-sleeve dress shirt sitting behind a computer puttering along on Windows XP in the boutique’s backroom. “Before long the site started to suffer. It turns out people thought our site was constantly crashing from tons of organic traffic, like, people clamoring to get a T-shirt, when in reality we had only enough server space left to handle a study abroad travel blog.”

That’s when the proverbial pivot happened. Streetwear was unequivocally the future, and the USPS was all in. All letter carrying capacity was liquidated. Post offices? Now mostly repurposed into Starbucks and one Best Buy. The remaining store locations? Reimagined as boutiques. Just the dozen top-grossing stores remain, curiously among them the Supai Post Office located at the bottom of the Grand Canyon. But the cost savings appear to have tapered off, and expansion is already in the works with hotly anticipated stores set to open in Tokyo and London in 2021 and 2022, respectively.

The expansion of the boutiques has spurred growth of the streetwear operation. A digital marketing team as well as T-shirt designers poached from Supreme and Anti Social Social Club were brought on board to deliver a steady stream of designs, including an innovative crop top long-sleeve. Whereas last fall the humble merch shop acted more like a true thrift store, catering to people who buy $3.50 shirts out of necessity, now, like a shameless Melrose Ave. Boutique, it curates and resells the greatest hits from those same $3.50 shirts for a cool $70 each. Designer collab tees can easily fetch $100 or more, and freshly dropped shirts now turn up on eBay the same day, marked up to $450. Business is booming.

“The thing I love about business is that you never know when the next opportunity will present itself,” said DeJoy, who now goes by the title Hypemaster General. “Here at the United States Postal Service, our aim was once to offer fast delivery, but today we offer even faster fashion.”

As for shipping? That will take 12 to 14 business days. 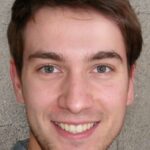 Couture Craig is a graduate of the esteemed Parsons School of Design in New York where he attended on a basketball scholarship, majoring in patterns and 18th century Russian geopolitics. Craig enjoys expounding on the intersectionality of fashion, power struggles, and mail delivery. He is currently a lecturer at Pratt Community College in Wichita, Kansas.