What ever happened to the subtle art of innuendo?

“WAP” opens with the persistent and ever-classy chant, “There’s [sic] some whores in this house!” Ironically, this is the most musical part of the so-called “song.” A monotonous bass line burps and growls while the performers recite their softcore pornography lyrics over tinny drums and intrusive sound effects. Rhyming “charge” with “hard,” “stroker” with“smoker,” “wet it” with “diabetic,” and “pussy” with “pussy,” a libretto this is not.

In fact, when one considers the long and rich history of the Muses’ art, it’s difficult to classify “WAP” as music at all. In some ways, “WAP” nestles more comfortably in the tradition of slam poetry, in which young performers earn kudos for sharing “brave” sentiments by peppering their platitudes with vulgarities and expletives. Indeed, since its release, many young female listeners have held “WAP” up as a new standard in musical encouragement to take power over men using sexual prowess: “Ask for a car while you ride that dick/You ain’t never gotta fuck him for a thing/He already made his mind up ‘fore he came.”

In other verses, the songwriters’ attempt at metaphor is evident, albeit clumsy: “I want you to park that big Mac truck right in this little garage [coquettish truck horn].” Alas, even their aurally evocative pot of macaroni is delivered with a ham handedness that over-stimulates any sensitive listener.

The video is as much an assault on the eyes as the audio is on the ears. The viewer enters through a gate monogrammed “WAP,” and the auteur whisks us through the verdant courtyard, toward the fantastical estate (presumably the house in which “some whores” reside). We pass beneath a series of lush trellises and approach a rotating fountain where naked women squat and spray water out of their breasts—truly a sight to behold! Passing beneath these impressive arcs, we are treated with a light shower on the way to the door, where we find water gushing from the flooded house, down the entrance steps. The bucolic prelude harkens to any number of pastoral settings in the opera repertoire where gardens and other green settings suspend or invert social relationships. Here, however, the landscaping is also a not-so-subtle admonition that personal grooming makes the female genitalia all the more inviting (and, dare I say, all the “wetter”).

Once inside the WAP, we meet Cardi B and Megan Thee Stallion at the end of a hallway adorned with gold-plated plaster casts of breasts and bums. The performers are absolutely stunning, but it’s hard for the viewer to overlook the debauched imagery and pornographic overtones.

In one postlapsarian scene, Cardi B and Megan Thee Stallion lounge on their backs in a sand-filled room as various exotic serpents slither around and across their bodies. Notably absent, however, is the “king cobra” of Cardi’s stated preference.

We then cut to a room filled with poles, gears, and conveyor belts. The factory imagery is hard to ignore, given the positively hideous purple and chartreuse stripes that adorn everything from the pipes to Cardi B’s hair. The scene is indecipherable unless we consider the mansion’s operating metaphorically as the female reproductive system. Within the “mansion as pussy” framework, the dearth of goods produced within the factory (good vibes excepted) can be interpreted as a veiled reference to the efficacy and benefits of birth control. Likewise, a Marxist reading finds Cardi B and Megan Thee Stallion seizing the means (mans?) of production “by the pussy.”

Kylie Jenner, a vision in leopard print, escorts us to a leopard-themed room, where we seem to walk in on Cardi B sporting a chain link braid and straddling two chairs in an impressive feat of flexibility. The leopard print pattern, which covers every plausible surface as well as several surfaces most reasonable people would deem implausible, is as unremitting as it is overstimulating. Cardi B’s earrings—matte black hexagons with simple gold rims—are the exceptions that prove the rule. All that remains unpatterned in this room are Cardi B’s pendulous breasts and expansive inner thighs—features her otherwise well-fitted bodysuit seems ill-fitted to cover. We are surprised to encounter Megan Thee Stallion in the same exhibitionist position, yet her white tiger-themed room is less abrasive to the eye. Our tour of the “mansion” culminates in a wading pool, where choreographed dancers splash and grab themselves provocatively. This video is definitely NSFW—unless one works at a strip club.

The video has been lauded as the new musical standard for female empowerment, but this female cannot help but wonder: empowerment, yes, but for what? For unchecked consumerism and ill-advised home decor? For the abuse of wild animals? For a provocative romp in a bordello setting? Or is it simply for the large sums of sponsorship money sure to be gushing into the artists’ coffers? Judging by “punani Dasani,” I suspect “Big D” may stand for something other than “big demeanor.” 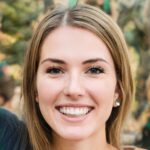 Denise Bell-Jackson is an assistant to an assistant professor of literary criticism at Middleburry College. She feuds with her sister, Penelope, who lives on the opposite coast.