In 2010, with just five words and a few mathematical symbols, Jaron Lanier changed the course of science forever. In his book You Are Not a Gadget, Lanier offered the following equation for contemplation:

Scientists everywhere were flummoxed by the calculus, which appeared to have been handed down from somewhere beyond our own realm. Gradually, it inspired a frenzy of outraged disbelief and panicked confusion. As the equation destabilized centuries of natural science, researchers everywhere began questioning the relevance of their lives’ work. Ever since, bands of feral biologists have roamed forests the world over, undone by the sheer brilliance of Lanier’s discovery.

But now, with the equation’s tectonic reverberations gradually settling into a dull but persistent unrest, researchers have recovered their senses enough to begin testing the unholy hypothesis. Even though Lanier offered careful readers some background to his impossible discovery, scientists still say their quest to understand these words has only just begun. Move aside, quest for immortal life, perfection of cold fusion, cure for male-pattern baldness: science’s deepest mystery has officially captured our undivided attention.

So what did Lanier mean by these strange words? Though experts disagree, some suggest that returning to the source, Lanier’s own words, reveals the Übermensch’s true intentions: to explore the possibilities of human and cephalopod development, and to determine what would be necessary to push both to their furthest limits.

Cephalopods, a family of aquatic life that includes octopi and squid, possess the uncanny ability to morph and reshape their bodies in an instant. “From the point of view of body and brain, cephalopods are primed to evolve into high-tech, tool-building overlords,” Lanier muses, seemingly giddy at the possibility. However, Lanier asserts that these creatures are stunted by a lack of youthful abandon. Forced into the world as cold, unfeeling adults stuck in dead-end jobs, these eight-armed beauties are held back from their true authoritarian ambitions. “If cephalopods had childhoods, surely they would be running the Earth,” Lanier argues, invoking a future free from human rule that we can only yearn for.

Then, on the other side of the equation, we find a human being, rigged to an Oculus Rift headset. In Lanier’s wildest imagination, our childhood-equipped octopus is matched by a human being playing “a virtual saxophone-like instrument in virtual reality with which [one] can improvise both golden tarantulas and a bucket with all the red things.” While Lanier laments that VR machinery has yet to achieve the sophistication he requires to create “post symbolic communication,” as he terms it, his speculative designs have precipitated frenzied attempts to decode these indecipherable transmissions.

Thus, the world’s greatest minds have been captured, no match for an equation so near to the obliterative heat of truth without meaning. It is said that the first mortal to read these prophetic words entered a trance just moments after encountering the equality. After ranting and raving for more than a decade, Lanier’s hapless editor collapsed without revealing even a hint at a solution. How Lanier himself emerged with these words unscathed remains a mystery, but sources close to the VR pioneer and tech skeptic have hinted at extraterrestrial powers, with Lanier serving as a sort of “time being,” traveling from worlds far away to enlighten our smooth, oily human brains.

Where scientists go from here

In the years since Lanier revealed his fundamental equation, the National Science Foundation and the European Research Council have restructured their strategic plans, scuttling even promising green energy projects to divert enormous sums toward the pursuit of a human-cephalopod solution. Despite these efforts, scientists have little to show for the last 11 years. Given the striking lack of progress toward either cephalopod childhood or human VR, the Nobel committee continues to withhold its coveted prizes, and it has restricted all public communication to indecipherable press releases. But a younger, more innocent generation of researchers is now poised to put the equation to the test, hoping that a solution can be reverse-engineered using novel approaches.

On the cephalopod/childhood side of the equation, biologists have begun adopting squids and octopi in a vain effort to understand what childhood-enhanced aquatic life might look like. Despite their fervent efforts, it appears that the secondhand trauma of the equation’s impact has been passed to their adopted kin. Researchers apparently forgot an essential truth: hurt people hurt people (or, in this case, their tentacled offspring).

“It’s been a trip, really,” said Thorbinian Kerkenstemmer, a freelance biologist who lives on the shores of the Pacific Ocean in a repurposed lifeguard hut. “I thought I’d done a number on my human family that no longer speaks to me, but seeing this baby squid adopt all my worst character traits as it’s grown up is like nothing else.”

For those more interested in the human/VR portion of the puzzle, early tests have proven equally fruitless. While virtual reality technology has advanced considerably since Lanier’s first experiments with it in the early 90s, it appears that even today’s most cutting-edge tools cannot fulfill these lofty expectations. Although Lanier longs for humans to dive into virtual buckets full of “every red thing: there are umbrellas, apples, rubies, and droplets of blood,” researchers have found early prototypes unfulfilling. Its users are more keen to experience Fortnite or the latest advances in digital pornography instead.

“The trial subjects’ desires are quite disappointing, unfortunately,” said Gnat Riddler, a Gamestop employee recruited for the project after years of putting Oculus Rift headsets on unsuspecting mallgoers. “We’re trying to unlock entirely uncharted realms of extra-human experience for these simpletons, but all these losers want is the most realistic sexual simulations of fantasies that they’re too afraid to ask another human being to fulfill. It’s a damn shame.”

Ironically, Lanier’s own opinion seems to suggest that all scientific efforts to realize his vision are doomed to failure. “Our software tools will never be flexible enough to enable us, in virtual reality, to improvise ourselves into different forms,” he admitted, an admonition unheeded by scientists working feverishly to this day. When pressed for further comment, or any piece of guidance that could push the world into the higher order of consciousness prophesied by his divine equation, Lanier demurred. Whether out of selfishness or out of a fear of what could happen were the truth to become widely known, we can never be sure.

“That old equation? I shook that thing out of my dreadlocks years ago, didn’t think much of it,” Lanier says. “If I’d known it would ruin so many people’s lives, I might never have said it in the first place. But now that it’s out there, I’m just enjoying the fallout while there’s still time.” 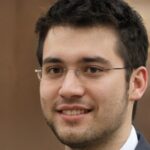 James Hodge is a freelance writer and graduate student in media studies based in Chicago, IL.